I don't need a lawyer! TV and the Internet Provide All the Information I need

I DON’T NEED A LAWYER! TV and the Internet Provide All the Information I need

There is an old adage that a lawyer who represents himself has a fool for a client. What then are we to make of a non-lawyer who represents himself? Is he also a fool? No, but he is almost certainly making a serious (and potentially quite costly) mistake. A lawyer representing himself does so with full knowledge of why that is dangerous; a non-lawyer does so innocently, often believing that if he’s done nothing wrong, he can navigate the legal system alone and with only the information he gathers from the internet, friends, relatives, and the countless TV legal dramas he’s seen over the years. Unfortunately, whether done knowingly or innocently, representing oneself in court can have ruinous consequences. Take for example the following real life situation.

A gentleman came to see me one day in a state of panic. He had experienced a several-hour long hearing in a probate court in which he represented himself. He explained to me how unfairly he was treated by the lawyer representing the other side and how the judge had even threatened to jail him on two separate occasions. He left the hearing with more problems than he had when it started and faced the very real prospect of being forced to give up property that was rightfully his.

Once he calmed down and answered my questions about that hearing and the circumstances leading up to it, it became clear that the situation could be salvaged through a straightforward and effective legal strategy. What also became clear, though, was that he likely could have avoided the entire ordeal through an even simpler legal strategy if he had consulted a knowledgeable probate lawyer before that hearing. Instead of solving one problem, he created a second. I agreed to represent him but his earlier mistakes made extra work necessary in order to “rehabilitate” him with the judge and to undo the other side’s advantage.

That same case provided an example of how having a lawyer at the beginning can make short work of some potentially serious problems. When the opposing party lost her advantage in the probate court, she went to the Superior Court and had my client removed from the family house by abusing a process available for protection of spouses and children (she was neither). I represented him in the subsequent Superior Court hearing. We not only quashed the petition quickly but the Court awarded attorney’s fees to my client. My client did not even have to testify.

The interesting thing about this whole saga is the client told me the first time we spoke that he considered himself an intelligent man and assumed that he could handle the hearing. He was sure that opposing counsel and the judge would see how “right” he was and that the case would be decided quickly in his favor. He was stunned when this was not the result.

That fact that it wasn’t the result didn’t mean he was less intelligent than he thought or that the opposing counsel and judge were corrupt or evil. While he had obviously been “played” by the other side’s attorney who understood the process and the law and how to use both to get favorable rulings from the judge, this man’s enemy was not the other attorney or the judge – it was not knowing that there was more to know about the process and the law than what can be learned from common sources.

I can tell many similar tales from over the years and the lessons are always the same.
1. More is generally involved in a legal matter than it will appear to a non-lawyer.
2. No two cases are exactly alike no matter how similar they appear.
3. Opposing counsel is there for one purpose – to protect his or her client, not you.
4. The judge is there to protect the process, not a particular party.
5. No matter how easy it looks on television, it really is not that way.
6. Don’t assume that because you know you are right that you will prevail.
7. If you attend a hearing without competent counsel you are likely going to lose, and lose big.
8. Lawyers aren’t cheap, but it will cost less to hire one to solve the initial problem than it will to hire one to fix the problems that arise after you’ve represented yourself.

For any legal matter, you should at least have an initial consultation with an attorney if for no other reason than to verify what you know and, more importantly, to discover what it is you might not know. Most state and local bars have some type of referral process to assist you in securing a lawyer. If not then there are any number of on-line referral services available. Finally, if these fail you remember there is a low-tech solution. Look in the telephone directory!

The foregoing article is for general education only and does not constitute the rendering of legal advice. Always consult a competent attorney on any matter which may affect your legal rights. 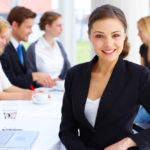 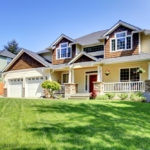